A chapbook of new poems by John Jeffire from the Finishing Line Press.

Shoveling Snow in a Snowstorm 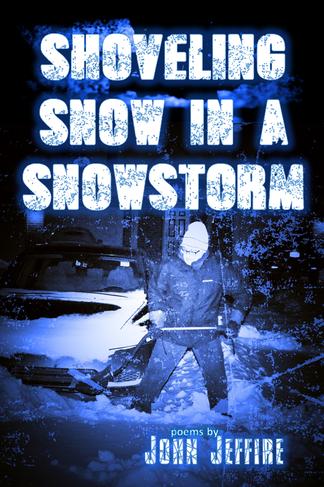 "There is fire in these poems, fire and ash and smoke, and the ghost of Phil Levine is kept alive by poets like John Jeffire who aren't afraid to honor such a debt. These are poems that know the city of Detroit and its history that they come from and remain faithfully tethered to. This is poetry that makes use of the world around us and reminds us what it means to be alive inside our own skins, which like a poem is its own kind of temporary song."
—Peter Markus, author of Bob, or Man on Boat

​​“From the crevices and corners of Detroit’s post-industrial decay come John Jeffire’s fierce and fiery poems.  There’s no respite from the brutality of cheap motels, psychiatric wards, abandoned factories or the lives lived around them, but the poems themselves stand in triumph—“a gift,” as the poet writes of his birth, “of some sort to humanity.” Tough, noir, proud, loving, refusing to mourn, Jeffire’s poems capture the enduring voice of the working class and, like Philip Levine whose spirit he so ably invokes, spit in the eye of hypocrisy and oppression.  It’s exhilarating to read poems like these, poems that have nothing left to lose.”
—Terry Blackhawk, Kresge Literary Fellow, 2013