​​​“John Jeffire’s novel Motown Burning breathes life into an all too familiar battered and bruised Detroit, reminding me of John Dos Passos’s Manhattan Transfer, how 200-plus characters as a collective group define New York City, where the setting “becomes” the main character with a steady flow of immigrants coming and going, searching for opportunity, for a place to call home….By telling the story of Motown in a non-linear fashion using different vantage points, Jeffire challenges the reader to observe the social unrest here and abroad as if to say: Here is the biggest defining moment of our fair city of Detroit and its people; here is why Detroiters, regardless of how dire the circumstances, have resilience and never give-up. Aram Pehlivanian, aka Motown, is such a character.”
—James Tomlinson, winner of the Judith Siegel Pearson Prize for Fiction

“It works. I don't often say that, but it has a drive and integrity that gives it credible life....I find a novel with heart.”
—Philip F. O'Connor, former chair of the Pulitzer jury and author of Stealing Home

Late July of 1967, and Detroit boils over. For Aram Pehlivanian, known as Motown, the Grande Ballroom and the music of the MC5 and Iggy Pop and The Temptations no longer provide a haven as destruction engulfs his city.  However, escaping death in the streets during the '67 Detroit Riots only leads him to the jungles of Vietnam and away from Katie, the girl who might be his salvation. Beaten on the streets of Detroit, hunted in the jungles of Vietnam, and fueled to survive by the music of the Motor City, Aram burns with one goal...to see Katie again. 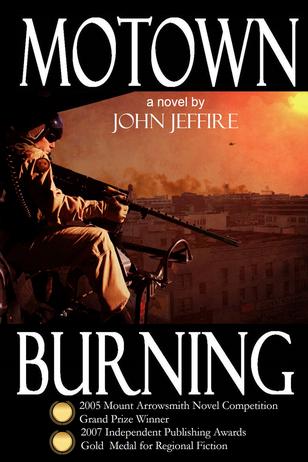